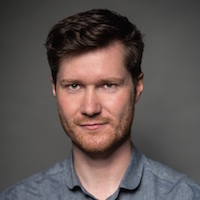 I'm a software consultant living in Amsterdam. I enjoy working with Git, Scala, and all things immutable and functional. In my free time I delve in all things sci-fi, play boardgames and learn about coffee.

Picking cherries with a fork

As you might have noticed I work in vim a lot. With neovim gaining traction, the work behind vim has also sped up again. This is great for the community as new feature and improvements are made. Just sometimes though it means that it will break your setup.

When I recently updated my vim installation, one of my favourite plugins, tpope’s vim-vinegar (a spruced up version of netrw, a directory browser for vim), has stopped working. Whenever I tried to go up a directory, it threw me an error. Sure enough somebody already posted the issue and tpope had a fix ready to go.

The problem was quickly identified and actually fixed in the main project, but I actually don’t use the original vim-vinegar but a fork, which introduces a tiny change, which I actually agree wit (namely hbeing able to quit netrw by pressing q).

But now the fork was not being updated and was broken with current vim. So what do you do? you create your own fork, and pick whatever changes you need from the other project! You pick and choose! It’s like a commit buffet!

Life on the command line and working with Github is a bit easier with hub, so I trust that you have that installed (eg. via brew install hub or your package manager of choice)

TL;DR GMCLI (too long don’t read give me command line)

So what happens here?

Clone the main repository with the fixed behaviour. Here hub ... is just a shorter way of typing

Fork the repository. hub does a bit of work here and actually creates the fork on Github for you and adds it as a remote. We then go one step further and change the origin to my fork and rename the original origin to upstream.

Here you still have to put some manual work in and actually browse the commit history of the forks or look at he pull requests to decide which commits you need. But then hub cherry-pick just fetches the repo of the fork and cherry-picks that commit on top of your current branch.

And now where are already done. Just push that new commit to make it part of Github. Congratulations you now have your own fork.

Don’t forget to be happy!